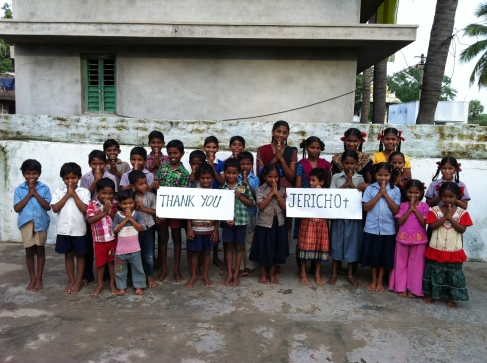 Sometimes waiting is frustrating – to say the least.

I’m trying my best to allow this waiting to be a productive time. Initially everything was exciting when I made arrangements to attend a conference in California this week and then head out to South East India next week. The trip to India is to meet with Raj Paul and his family who head up a modest church – Faith India Ministries in Kotipali – south of Hyderabad. Have a look at their website: http://www.faithindiaministries.org

Raj contacted me and asked for help. After much communication we decided to arrange a visit to see firsthand what they are doing and whether we can support them. The frustration has arisen with the visa application that seems to have hit bumps every step of the way. I’ve had to cancel the conference and now am praying that all will be delivered by the deadline next Tuesday.

Why, if God’s leading, is it not easier?

Good question, often asked… or screamed. 🙂  My answer is that we are in the midst of life that is both chaotic at times as well as a spiritual battleground. When Paul recounted his missionary journeys his list of challenges would have made the strongest of us shake our heads and reconsider.

I read these words and my trials seem very small in comparison. In fact I take courage and believe that this is a challenge and if I’m in a battle what did I expect? We are called to be light – which means stepping out into the unknown, into darkness, from the security of the boat. In doing so we expect to be face obstacles and learn how to patiently and courageously ride through the storms and hassles that come with the territory.

Paul didn’t learn patience and contentment in all circumstances anywhere other than in the most trying of conditions and facing violent opposition at times.

11Not that I speak from want, for I have learned to be content in whatever circumstances I am. 12I know how to get along with humble means, and I also know how to live in prosperity; in any and every circumstance I have learned the secret of being filled and going hungry, both of having abundance and suffering need. 13I can do all things through Him who strengthens me.…  Philippians 4:11-13

This is the beginning of a series of blogs on my upcoming trip to India (with Jim, a retired engineer) which will be updated as it unfolds. In the meantime please pray for the visa to have supernatural acceleration through the system!!!!

The photograph is of children at the orphanage saying thank you for a gift we sent from Jericho Road last month.