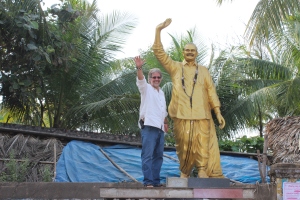 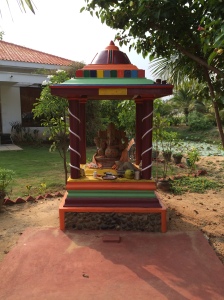 These large statues are a common sight in the villages of this area…. erected to honor benefactors and people who have made a significant contribution to the community. We pass many of them along the way to wherever we happen to be going as well as shrines and idols – which are often brightly colored and in better condition than most buildings. 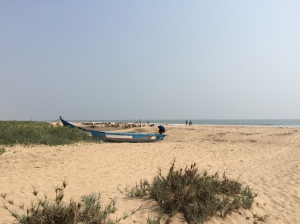 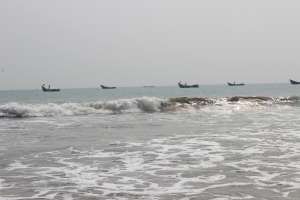 Our day was a trip to the beach, scheduled to leave at 8:30 but in actuality the engines started at 10 am. If time is important and schedules are what makes you tick than this place will drive you crazy. Everything is another conversation, waiting for someone else to arrive, or just not being in a hurry….  it’s charmingly frustrating at times but a common feature of many cultures. On the other hand the road to see the sea was in the best condition of any we have driven on, so that was a pleasant surprise.

Neither Taja (Raj’s wife) nor Gloria (Rau’s wife) had ever seen the ocean so this was quite an adventure. The beach is as long as the eye can see with great waves for body surfing and warmer than anywhere else I’ve ever dived into (in the ocean). I’ll let the pictures tell the story….. Taja in in the yellowish outfit and Gloria the rainbow colors, Sanjeeva’s wife Esther is next to Jan. 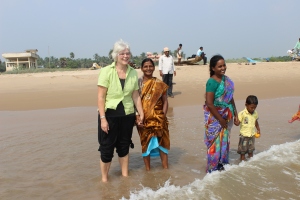 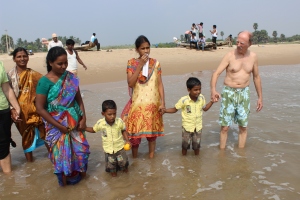 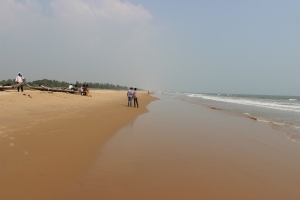 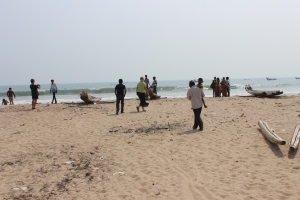 These boats made of logs are used by the fishermen to paddle out to the larger boats anchored offshore. 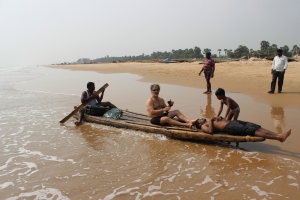 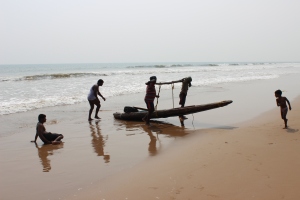 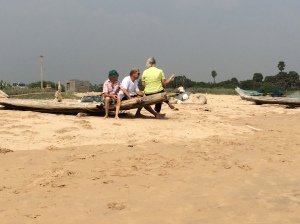 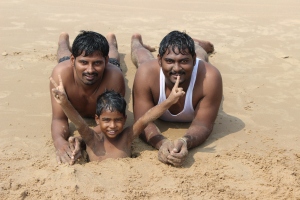 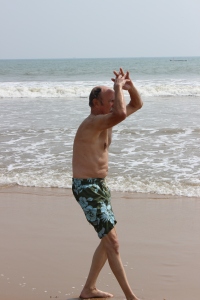 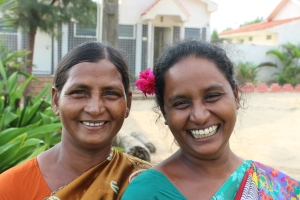 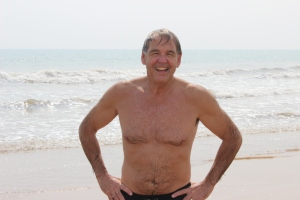 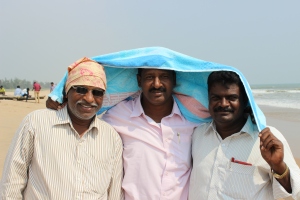 And here are a few more from the medical camp yesterday. The little boy I was praying for was mute…. 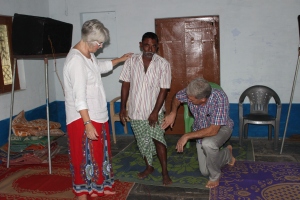 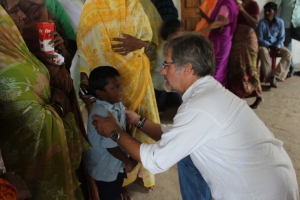 Below… Ken is praying for a someone across the street from our house. 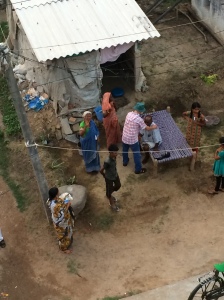 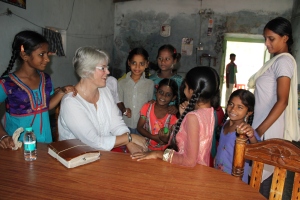 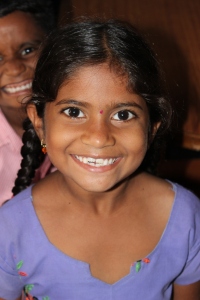 Tomorrow morning we will go to a nearby village to dedicate the well you have made possible. And later we head out for the first night of the Crusade…. so please pray for God’s love, favor, and power to be present…. His Kingdom come. Thanks very much….:-)