In the light of the horrific cowardice and barbaric tactics of ISIS in Paris the meaning and challenge of Remembrance Day comes more clearly into focus. Because I don’t carry a Kalashnikov does not mean I’m not fighting back or I’m terrified into silent acquiescence. It requires more inner fortitude to love and forgive, stand and serve without running scared – than it does to hate and lob another explosive.

And ISIS – we’ll never surrender to the lies of your idols and the Hitleresque threats you bring to our shores.You have no vision, nothing to offer that brings life; just loud fanatical rhetoric, fear mongering, and a lust for killing. When the god of hatred is unveiled it’s so small and unimaginative, so monotone, one dimensional, and empty. A violent brainwashed sepulcher filled with dead men’s bones.

Thank God there’s a better way forward; that we’re not without resources – and neither are we paralyzed with fear.

That’s why it’s a good thing to stop and smell the poppies from time to time.
“But they have no fragrance!” you exclaim.
“True, not of the floral variety. But breath in deeply and smell the symbolism, the sweat, the blood and tears, the fear, anger, desperation, desecration, silence, pain, loneliness, cruelty, the not knowing; the smell of death itself.” It’s quite a cocktail of fragrances from a simple and beautiful flower categorized as a weed in the Mediterranean. A common flower commemorating the deaths of countless ordinary and common men and women thrust into the heat of extraordinary and uncommon danger.

Many young men sailed off to war with smiles and a sense of adventure only to discover the nightmare from which there was no escape or return. I’ve recently read an account of Churchill’s role in the great wars of the last century. It’s a fascinating story that underscores how incredibly close Hitler came to realizing the horrific dream of an empire across Europe under his rule – including Great Britain. If that had happened it’s certain that North America would have been the next campaign, and who knows what our world would look like now?

On this Remembrance Day and in the fresh aftermath of Paris we grieve lives gunned down, and we give thanks for those who gave their lives, willingly or unwillingly for a greater cause. We can never measure the value of each life and what seemed useless and what was invaluable in the contribution of those who bled and died. And now the blood flows in the streets of Paris; it’s a different battleground than Flanders Field but the same enemy.

Why does it take the horror of war to bring out the best in people?

What if we were less self-absorbed during peace time? If we were prepared to fight and sacrifice for those things that protect peace and quench the seeds of dissent that inevitably spontaneously combust into violence? What if our greatest act of appreciation for those who have died is to determine that our lives will also count for something – today and in years to come?

Jesus said that a man or woman has no greater expression of love than to lay down his/her life for a friend. What about even for a stranger? It’s not a complicated statement or invitation. The larger war of evil running wild is far from over as we witness the ravishing impact of drugs and addiction on millions of people of every age group. I live in a town where countless numbers are losing their personal battle with the invisible enemy of alcohol, depression, unemployment, and hopelessness. Whether a rural town or the cities of Paris, London and New York….. nowhere is a sanctuary without the need for courageous men and women to bear witness to a better way. Prayer without personal passionate engagement is cowardice (sorry, but God needs people to work through).

Disciples of Jesus are meant to be in the front line fighting an enemy the eye cannot see and who is the father of dictators such as Hitler, or ISIS, and all who lie and abuse power for their own ends. Last year the British hosted an amazing commemoration for those who have died in the wars and colonies…. Millions of ceramic poppies around the Tower of London….. One poppy would have looked insignificant but altogether it was heart breaking and breath taking.

Passivity and mere thankfulness is not enough. The prophetic word in Isaiah 2:4 is inscribed on many memorials around the world. “They will beat their swords into plowshares and their spears into pruning hooks. Nation will not take up sword against nation, nor will they train for war anymore.” The transformation from sword to plowshare is almost violent – transforming spears into pruning hooks during peacetime is accomplished by intentional blows; beating and reshaping what was intended for war into instruments of harvest, blessing and provision. 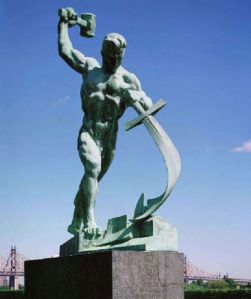 What can we do to make a difference? Anything that demonstrates the servant heart of Jesus and causes us to intentionally and deliberately serve and act in His name for the welfare of others – with nothing to gain for ourselves. Not a token annual gesture, but a committed lifestyle that serves and gives back for the peace we share in Canada. A peace we did not fight for and are not entitled to as a birth right. We are immensely privileged, the envy of most of the world, rich beyond imagination to billions of people. There’s no need to feel guilty. Gratitude is better, and a desire to share from our abundance in whatever way we can.

If we who are friends of Jesus were to sacrificially serve with passion the fragrance of Jesus in our community would be intoxicating. That fragrance would draw people to him like the mouth-watering smell of fresh bread from a bakery. It’s the fragrance of hope many are longing for….. unconditional love, healing, forgiveness, generosity, acceptance, kindness, gentleness, friendship, laughter, peace, joy, the sound of music, the smell of life itself. It’s quite a cocktail of fragrances from a simple and beautiful Cross categorized as a common instrument of torture in the era of the Roman Empire.

It’s a fragrance released through courage and determination to demonstrate the power of love wherever we live.